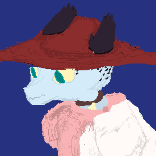 On the Game's Handling of Gender and Sex

By CottagecoreKobold, December 27, 2021 in Suggestions/Requests