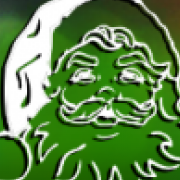 Hello Santas!   While we are glad to see lots of people sending and receiving gifts, please keep the rules from the first post of this thread in mind.   Rules Each gifter is only required to send one gift to their giftee. Anything more comes from the goodness of their hearts. Off-topic chat, spam, abuse, and whining are not permitted in the thread. You must have the messenger feature enabled. We need to be able to contact you. Any gift/donation cl

On behalf of the thread mods, this post is highlighted.

Go to this post
Followers 34
Go to topic listing