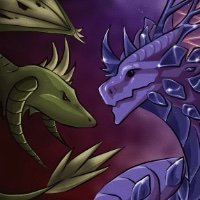 Good to meet you! All things BTS, stateraes, and NDs <3