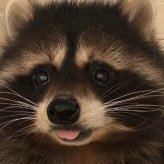 Disallow CB Holiday Offers if Trader is at Limit

By Moonwick, January 16, 2019 in Suggestions/Requests