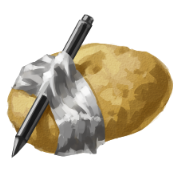 What projects are you doing?

By Shadowdrake, August 10, 2012 in Site Discussion